Project Scope: Landscape drainage and a new basement entry for a home.

Part I: Drainage – The Challenge

After a heavy storm, these clients noticed water in their basement and garage. Once on the site, we were able to identify several problems.

A project with as many moving parts as this takes time. We decided to focus on the drainage the first year and give it time to ensure our solutions were effective. If they were, we’d be back the next year to clean up the site and get the basement entry looking neat and tidy.

Here’s Mark on the site, running down our plan to tackle the drainage.

…but if videos aren’t your thing, here’s a quick breakdown. 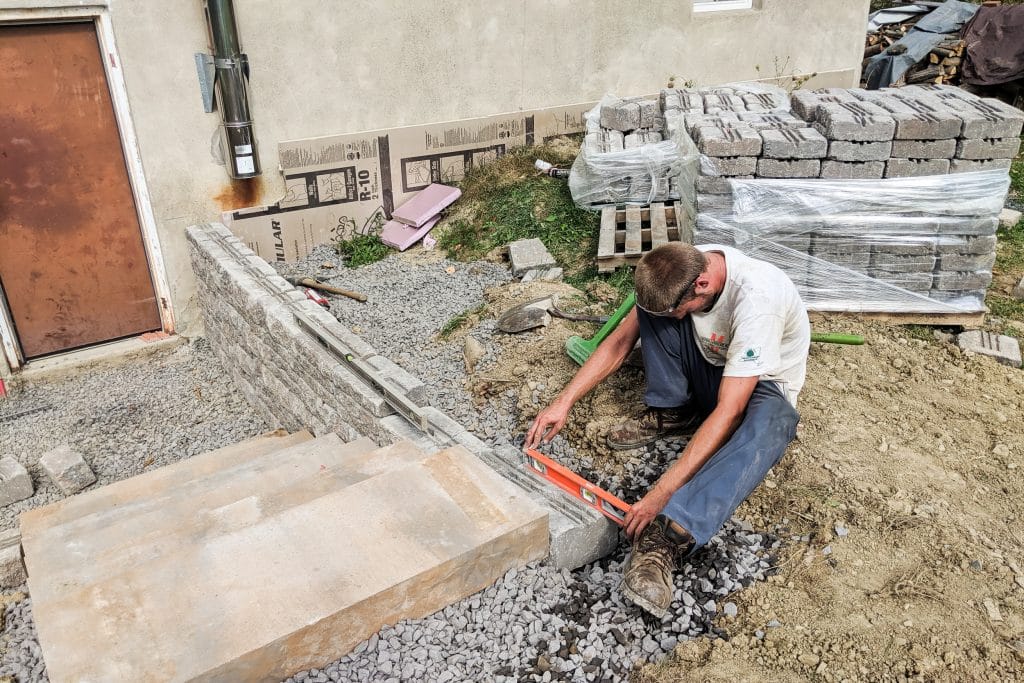 A year later and we were back on site! Our drainage plan paid off and we found things significantly drier than we had seen them last. With that taken care of, we were able to do some fun work and installed a new basement entry as well as a small wing wall to tidy up the grade between the driveway and the back yard.

We went with Brookshire Wall by Belgard. We like the tumbled look, which matched the country aesthetic out in the area of this property. We also like how dang easy it is to build with. With a tool like that, we were able to create an attractive and functional new entry space for the basement. Plus, the new wing wall had the added benefit of creating more level, useable space around the house. 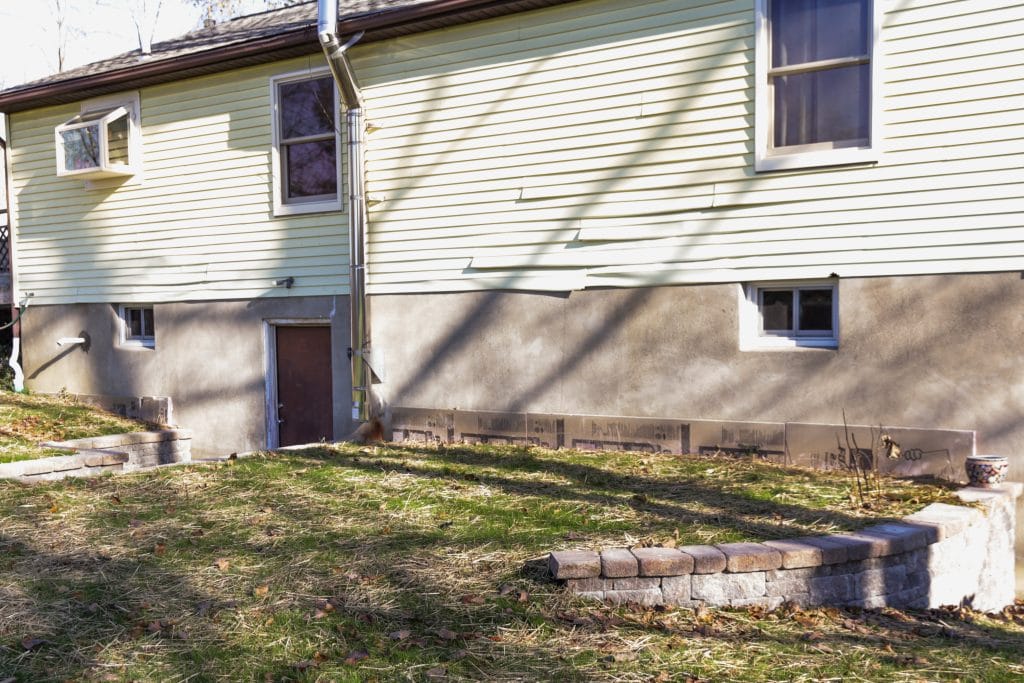 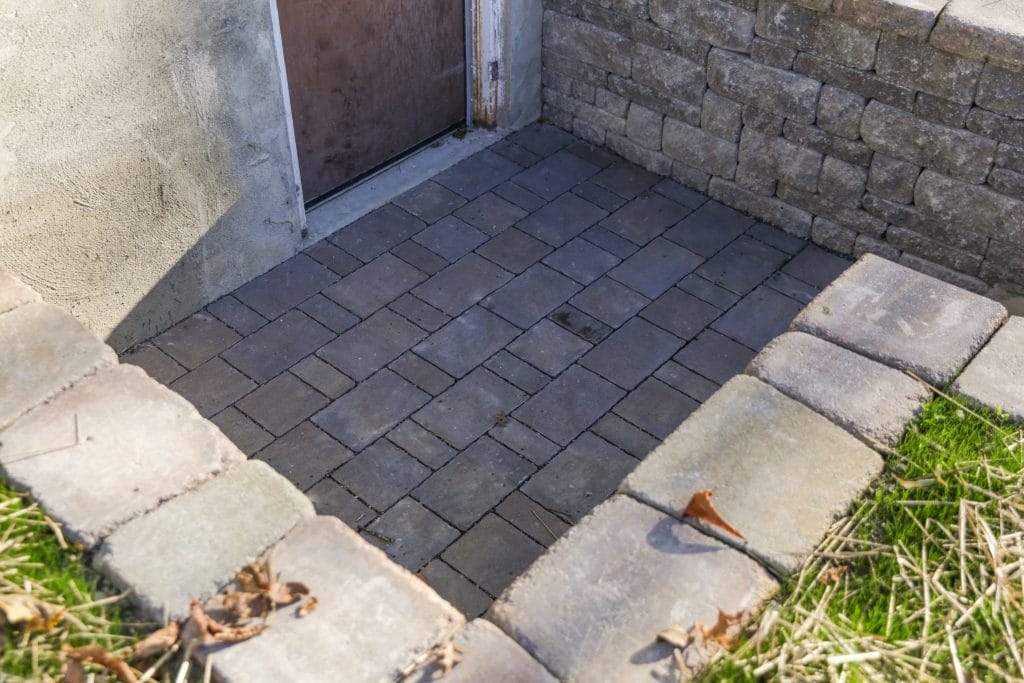 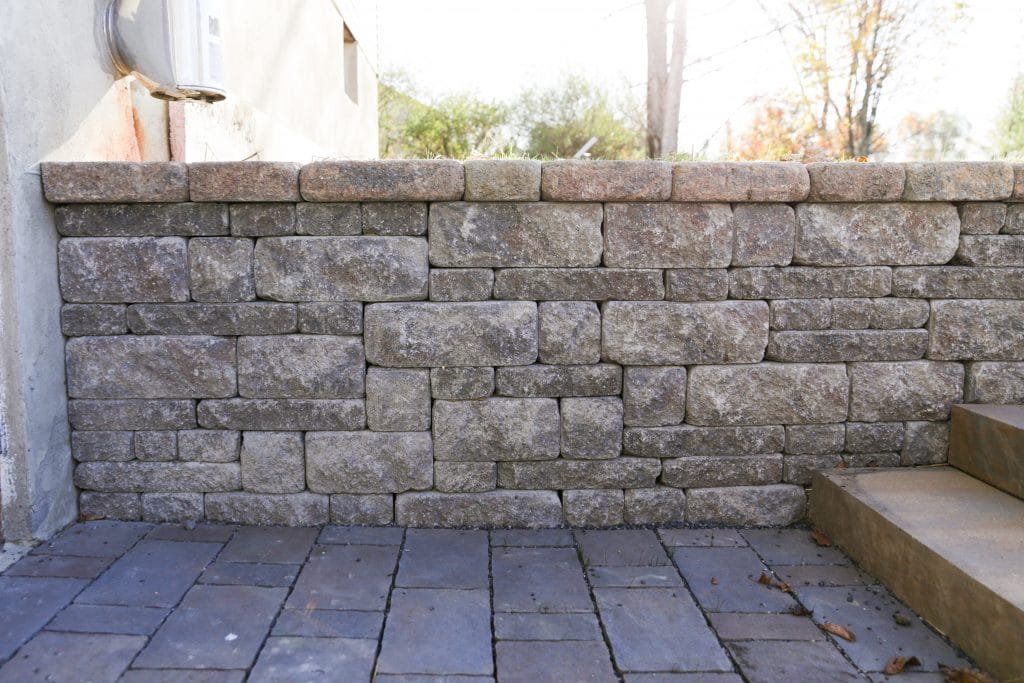