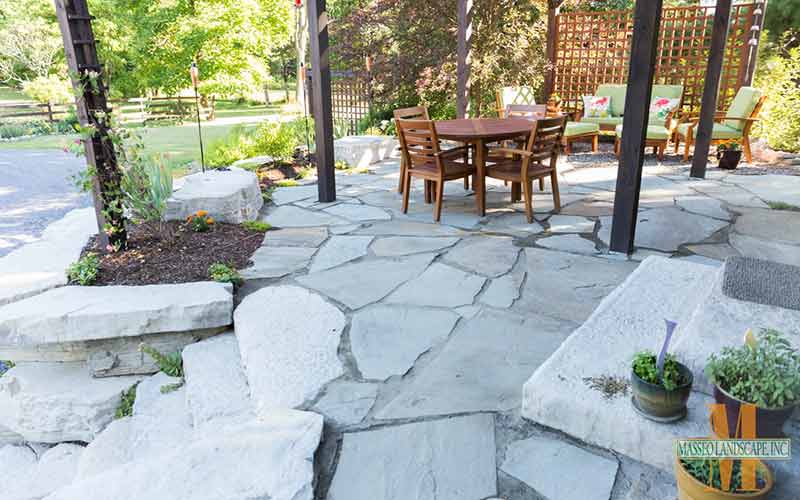 Project Scope: A natural bluestone patio with a pre-cast concrete retaining wall, with room for planting.

The Challenge: The homeowners approached us with a vision for their backyard. The back entrance to the house opened on a raised area that had been prepped for a patio a while back. After playing with the idea of doing a patio and wall themselves, they decided to go with a contractor. They actually chose the product – Rosetta Outcropping wall stone – before they came to us. We’re experienced Rosetta installers, so it was a natural choice.

The homeowners chose Rosetta for its naturalistic texture. They knew they wanted a natural blue stone patio, and wanted a product that would match that rustic feel.

Our first move was to install the wall, which would reinforce the raised area where the patio would go. The wall also had three tiers to create planting spaces to soften the look. To make things more accessible, we added a set of steps into the wall, using Rosetta Irregular steps to match the rest of the wall. 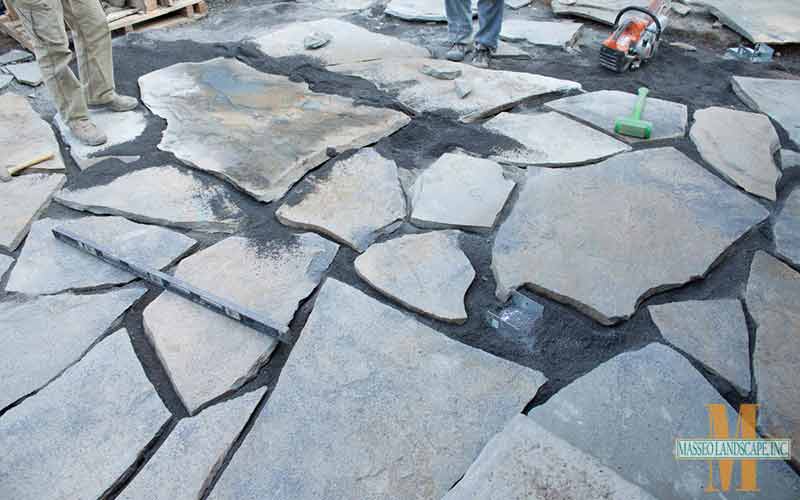 After that, the patio had to be laid out. Working with natural cut blue stone like this can be tricky. But the way the end result blended with the Rosetta wall stone was worth it.

Final Touches: Built in Rosetta Outcropping benches, a pea-gravel section for drainage, and  tiers of planting spaces from the patio level to the driveway. 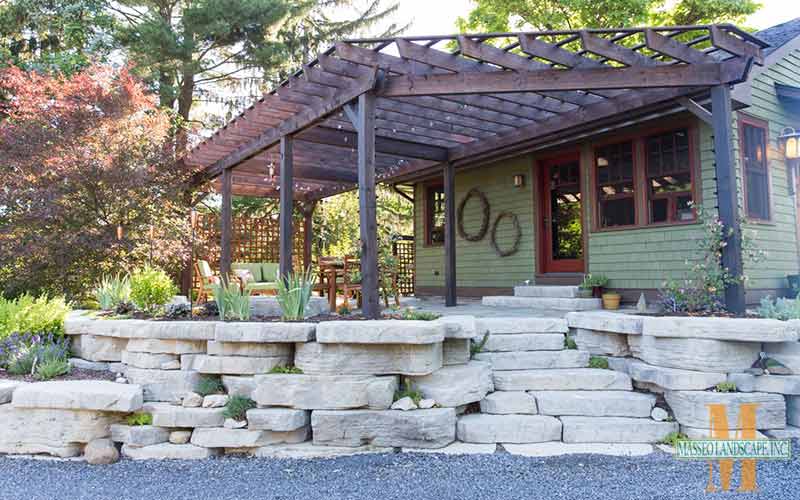 Words from the Homeowner:

I would absolutely recommend Masseo and already have.  [Mark] is honest and upfront with pricing, not the least expensive option around but you get what you pay for!  I’d especially recommend [them] to folks like us, who have a vision for a space… but not the whole project.  [They] were great with understanding our vision, adding [their] skill and knowledge to that vision and making the final result even better.

We’ve had a lot of compliments on the material too, so anyone looking for Rosetta work should know that Masseo can work with it.  It really is the best option out there for a natural looking wall!